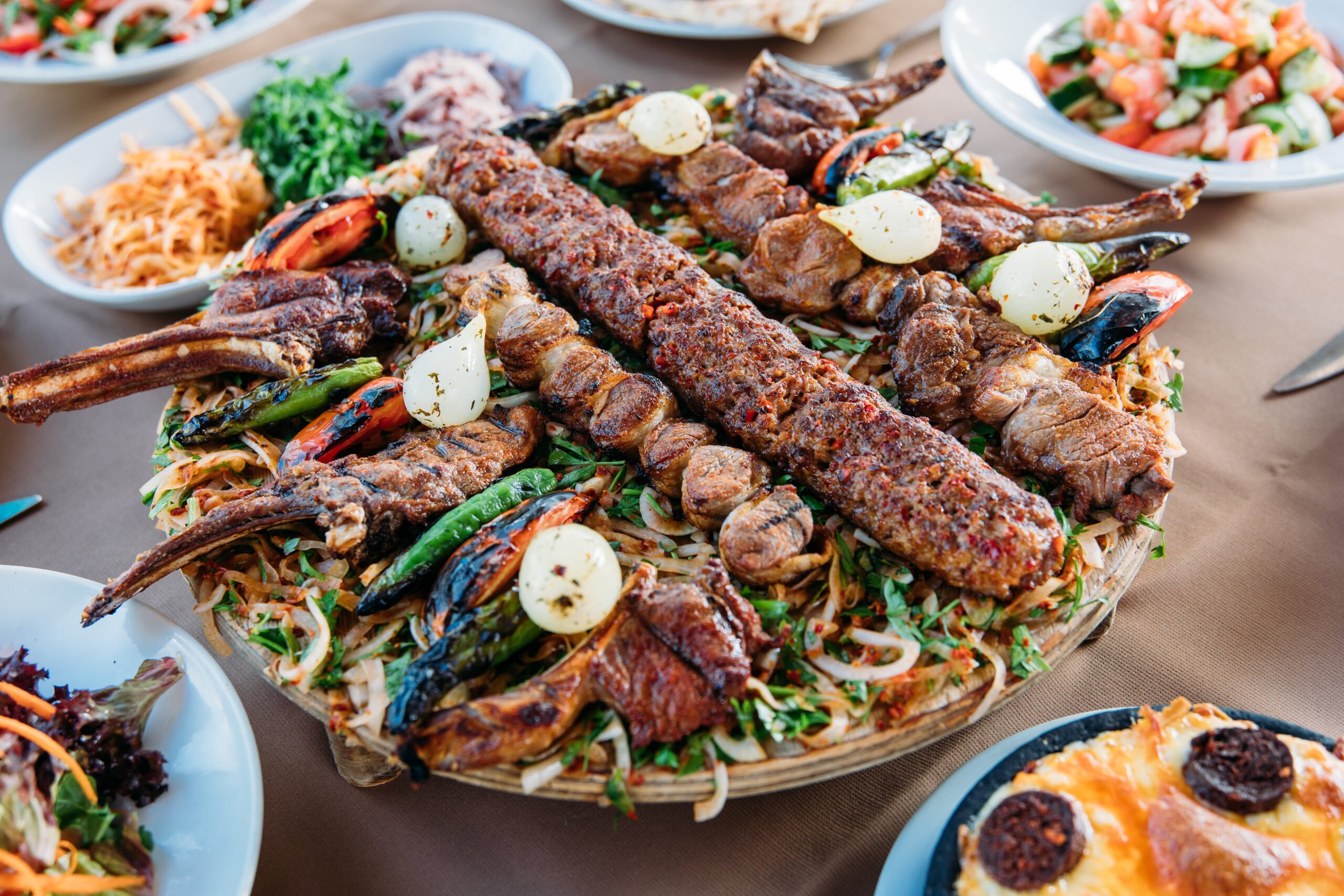 This is a mini-guide to Turkish cuisine. Turkish cuisine is one of the tastiest, healthy, and diverse cuisines in the world. Find out more about this healthful and delicious cuisine by reading this article and following our blog.

Turkey is a country that’s bordered by Bulgaria, Greece, Georgia, Armenia, and Iran and has had traditional historic tastes throughout history. Turkish cuisine is one of the most diverse cuisines in the world. There are many reasons for this diversity. The Ottoman Empire was based in Turkey and ruled North Africa, the Middle East, the Balkans, Eastern Europe and some parts of Southern Europe. Being such a big empire, Turkish cuisine took in some of the various cuisines that were ruled under it. One characterization of Turkish cuisine is regional and it can be divided into five different regions: Coastal, Eastern Anatolia, Western Anatolia, Central Anatolia, and Southeast Anatolia.

Turkish breakfast usually consists of eggs, tomatoes, cucumbers, olives with bread, jams, honey, kaymak, butter with plenty of Turkish tea, Turkish coffee and ayran. Popular dishes at dinner are kebabs or kofta which are meatballs made from a variety of meats seasoned with spices and cooked on the grill.

Turkish desserts are something that you really need to try. They are all very sweet and have a specific flavour. Some of the most popular ones are baklava, rice pudding, and kunafa.  Baklava is a dessert that consists of layers of pastry with chopped nuts.