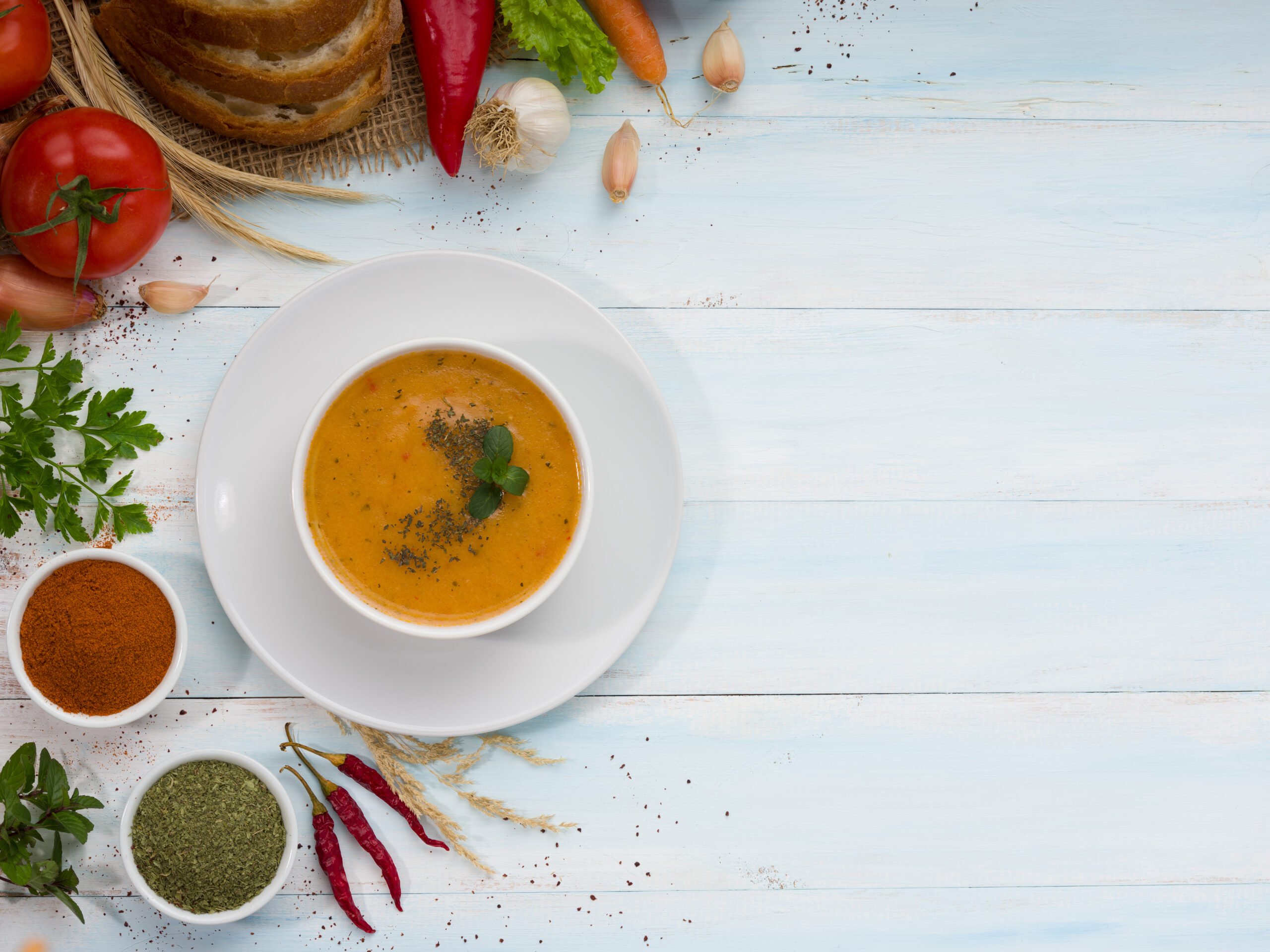 Tarhana soup is very old food that is still loved today and is a well-known dish of Turkish Cuisine. Tarhana has taken its place in Turkish folk culture many times in folk songs and poems. Tarhana, which is the product of a plentiful harvest ripened in the summer sun, can be eaten at any meal, including breakfast. It is known that the Seljuk Turks, who came to the Middle East and Anatolia from East Asia, made tarhana for the first time. Asian Turks tried to store all kinds of food by drying and they found Tarhana Soup for storing yoghurt.

Tarhana Soup, a large portion of which consists of yoghurt, is nutritious; It can also be stored for a long time as it is in the form of dry powder. Due to its high nutritional value, it was frequently used in the nutrition of soldiers in the Seljuk and Ottoman armies and is still widely used in places where mass nutrition is made. There are many types of tarhana soup.

It is mostly made in Kastamonu, Kahramanmaraş and especially in the Uşak region in Anatolia.